The International Fly Fishing Film Festival, coming virtually to Winnipeg and other authorized regions in Manitoba on November 19,2020, features 10 films, 6-16 minutes in length, from all corners of the globe showcasing the passion, lifestyle and culture of fly fishing. Tickets to the Manitoba area International Fly Fishing Film Festival are $10 for individuals and $25 for groups and may be accessed at www.flyfilmfest.com.  Viewers may log on to the site anytime within 48 hours of the showing which begins at 7 PM.  Once logged in, access to the film will be granted for 7 days. In addition to the films, there will be fly fishing product giveaways and other promotions at the event.  One attendee will be selected to win the 2020 Grand Prize drawing consisting of thousands of dollars of fly-fishing gear provided by International Fly Fishing Film Festival sponsors.

Among the films to be screened are:

Others include AK 30, seeking a 30-inch trout in Alaska’s Naknek River; and Poetry in Motion, the story of Maxine McCormack’s journey to become world fly-fishing champion. For more information and film trailers, visit www.flyfilmfest.com.

About IF4: The International Fly Fishing Film Festival is the world’s most exciting, inclusive, and far-reaching fly-fishing film event. Consisting of short and feature-length films produced by professional filmmakers from all corners of the globe, the IF4 showcases the passion, lifestyle, and culture of fly fishing. The films at this popular event have captured the attention of anglers around the world

All Manitoba screening procedes go toward conservation, education, and promotion of fly fishing in Manitoba.

Thanks to our 2019 corporate sponsors!

MFFA is proud to acknowledge the following corporate sponsors for their support of our annual fundraising banquet and other activities: 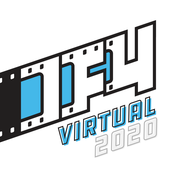 The IF4 features 10 short films from all corners of the globe showcasing the passion, lifestyle and culture of fly fishing.

Admission to the Manitoba area IF4 is $10 for individuals and $25 for groups.  Viewers may start viewing within 48 hours of the showing and have access for 7 days. For more information click here.

All procedes go toward conservation, education, and promotion of fly fishing in Manitoba.